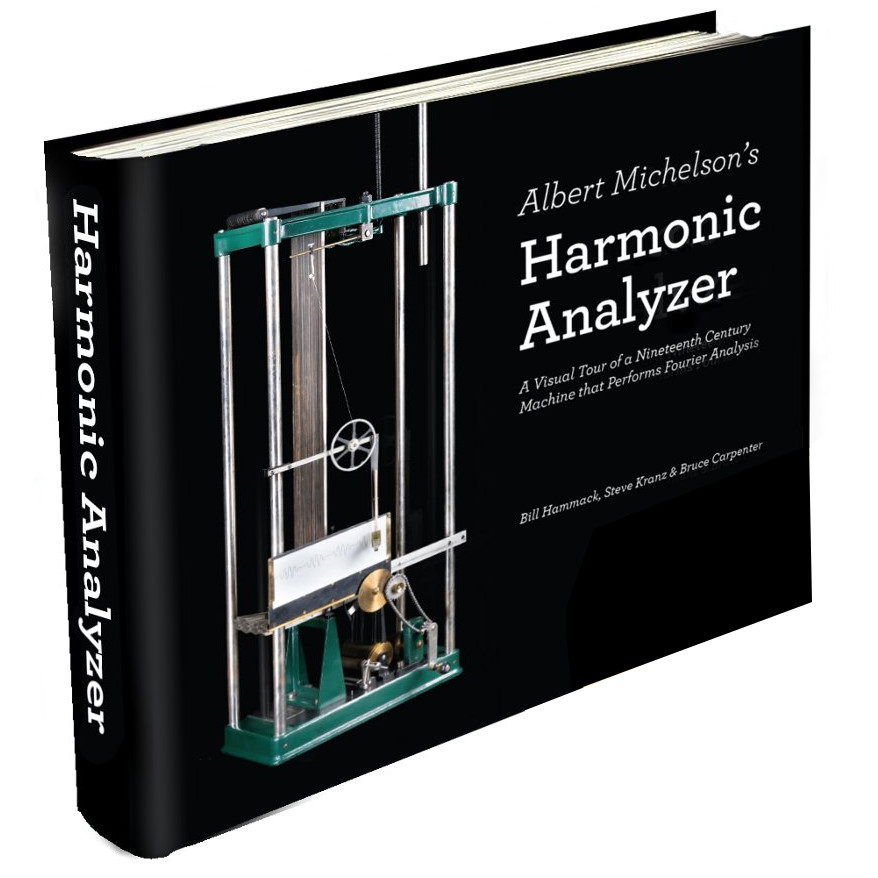 Many famous machines have been built to do math -- like Babbage’s Difference Engine for solving polynomials or Leibniz’s Stepped Reckoner for multiplying and dividing -- yet none worked as well as Albert Michelson’s harmonic analyzer. This 19th century mechanical marvel does Fourier analysis: it can find the frequency components of a signal using only gears, springs and levers. We discovered this long-forgotten machine locked in a glass case at the University of Illinois. For your enjoyment, we brought it back to life in this book and in a companion video series. Learn where to buy the book, what's inside, and watch the video series.

A PDF of the entire book is available for free. You can download it here.

What's inside the book

Over 150 stunning full-color photos not seen in the video series In 128 pages filled with over 150 beautiful photos, this book reveals the secrets of Albert Michelson’s harmonic analyzer. One reader told us “the minute depth of these photographs and the stunning clarity and the beauty of the images are really incredible.” Another shared that “the detail in the images brings the machine to life.” When immersed in the book’s gorgeous photos you’ll be transported to an era before silicon and logic circuits; a time when computers could only be made of polished brass, iron, wood and leather.

Extensive labeling to aid you Subtle labels on the photographs guide you through the book. Set in inconspicuous, yet readily readable type, they both identify the parts and keep you oriented.

Extensive sample output to deepen understanding To help you understand deeply the machine we show you 44 configurations and the output produced. We show you all twenty sinusoids produced by the machine, and then show how to set the machine and its output for many mathematical functions: among them square waves, sincs, Bessel functions, and beats.

Eight stunning spreads let you “walk” around the entire machine The book features eight two-page spread that show the machine from eight key angles. A reader described these as “simply beautiful.” Yet beyond mere beauty these detailed, rich views help you understand the machine in its entirety. They put in context every detail of the machine described in the book.

Michelson’s original paper announcing the machine A facsimile of Albert Michelson’s 1898 paper on an 80-wheel version of this harmonic analyzer -- a machine four times the size of the one in this book -- shows over 30 examples of the kind of output one can make with more sinusoids. You can read in Michelson’s own words how he conceived of the machine, and how he thought about the machine.

Video commentary about every pageIn the video below Bill Hammack, the Engineer Guy, comments on every page of the book. He highlights subtle details, shares information that didn’t make it into the videos or this book, and even takes you behind the scenes a bit. 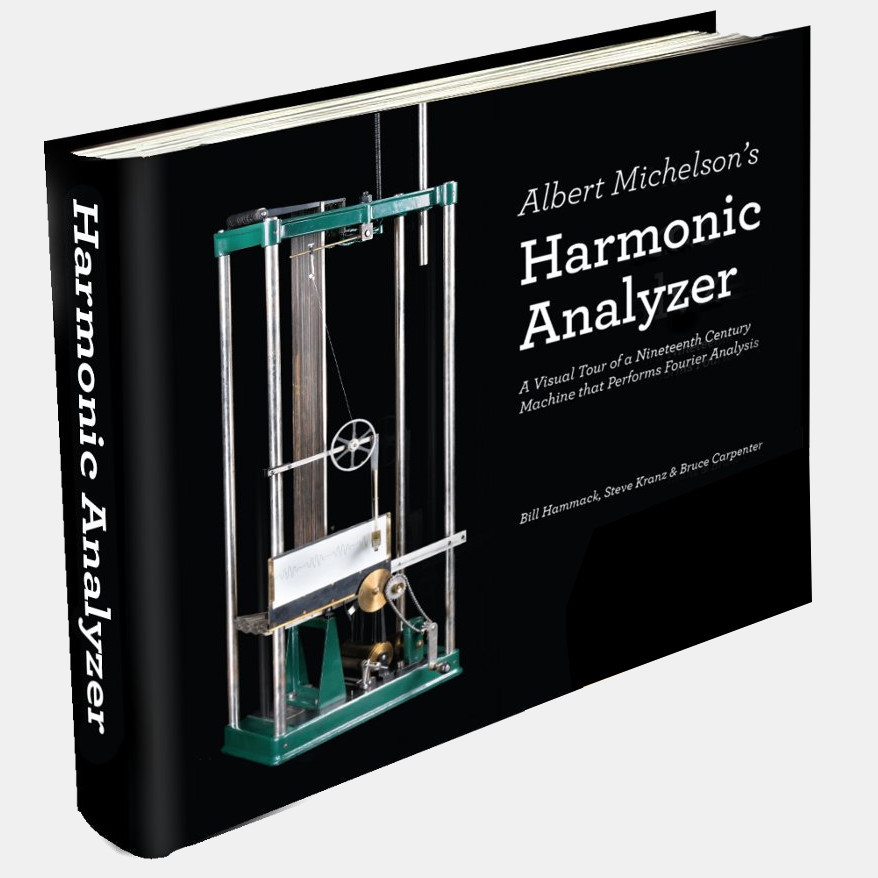 Description Albert Michelson’s Harmonic Analyzer celebrates a nineteenth century mechanical calculator that performed Fourier analysis by using gears, springs and levers to calculate with sines and cosines—an astonishing feat in an age before electronic computers. One hundred and fifty color photos reveal the analyzer’s beauty though full-page spreads, lush close-ups of its components, and archival photos of other Michelson-inspired analyzers. The book includes sample output from the machine and a reproduction of an 1898 journal article by Michelson, which first detailed the analyzer. The book is the official companion volume to the popular YouTube video series created by the authors.